The matter was reported to the company’s HR division first, and no action was taken. The matter was then referred to police, who charged our client with sexual assault.

Lastly, our client gave a record of interview in which they admitted to pinching the upper leg, but not the buttocks. The reason for the pinch was that the complainant had just played a prank on another worker and it was just meant to be a bit of a joke in response.

Whilst the allegations were not of the highest level of severity, the fact they were sexual in nature meant there were extremely serious consequences, including potential sex offender registration.

The first point of avenue was to address the factual discrepancies in the case. This was important, because a grope and squeeze is much more sexual in nature than a pinch. Therefore, careful negotiations needed to happen with the Prosecution regarding the factual basis of the charges.

What was most convincing was what the witnesses heard the complainant state immediately after the incident. It was highly unlikely that a grope would occur and that the complainant would shout out about only a pinch. Thus, the prosecution conceded that they could only proceed on the basis of a pinch, not a grope and squeeze.

Further arguments were then had about whether that was sufficiently sexual in nature to establish the charge of sexual assault. Whilst the part of the body touched can contribute to whether or not the touch is sexual, the overall circumstances must be looked at.

After much discussion, the Prosecution again conceded that they could not establish that it was sexual touching beyond reasonable doubt and agreed to proceed only with an unlawful assault on the basis of a pinch to the buttocks.

Lastly, there was an issue about our client receiving any criminal record. He was the sole income earner for his family, which included three children with disabilities. Any criminal record whatsoever could put his employment in jeopardy and mean he was unable to support his family.

Therefore, it was important that we pushed for Diversion in this matter as a way of acknowledging responsibility for the pinch but avoiding any form of criminal record. It was not easy to get a Diversion recommendation as this was still an unwanted pinch of someone’s buttocks in the workplace. But eventually the Prosecution agreed and filed a Diversion Notice.

The matter then proceeded as a diversion hearing, which eventually led to the magistrate agreeing to grant our client the one opportunity to avoid any record on this occasion. 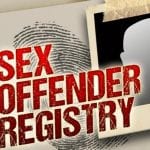 It was an excellent result to get the matter down from a sexual assault in the workplace, that could have led to potential sex offender registration and loss of employment, down to a Diversion on an unlawful assault without any record whatsoever. It was a result that came down to close attention to detail of the evidence and careful handling of the negotiations with the Prosecution.

Sam B
Thank you for your outstanding service.... A great result for us...
Russell P
Dear David and Team I would like to “Thank You” for a job well done. The result, from the trial was truly amazing. I very much appreciated your courtesy, professionalism...
Grant B
I phoned Michael Brown of Dribbin and Brown after total disappointment in another criminal lawyer firm... In my situation that required communication, information and a great deal of understanding,...
Michael S
Dear Rebeca, Thank you again for your support and guidance over the past six months, it is my belief that Dribbin and Brown went far beyond there charter when...
Adrian W
A big thank you Dave. You made it seamless. You are a quality egg and hopefully I'll see you again under different circumstances. All the best!
Ross M
Dear Dave, Just a follow up thanks for your professional service & presentation yesterday – very happy with the outcome and the comments from the Magistrate. Thanks again, and...
…
Mike! Jacqui was great! Re my drive whist suspended charge, I held my license with a small fine to be payed in 4 months! Can't thank you enough! Thanks for...
Haley M
We cannot thank you enough, it still doesn't feel real to us yet as it has caused a lot of strain and stress over a very long period of...
Helen and Lingbo Yang
Thank you for your support and help of Lingbo’s case for these days and everything is going smoothly. The outcome is better than we expected because of your rich...
Maria
Many thanks for the wonderful support I received from David Dribbin as he represented me in court today. It was an extremely emotional experience for me and without judgement...
Yvonne and Peter Braithwaite
Thanks for your excellent work for Yvonne last Friday. Your courtesy, empathy and professionalism was greatly appreciated. All the best for the future.