Family violence and violence against women generally is now taken incredibly serious by both police and the Courts. In turn, the courts have generally handed down harsher penalties to those who commit family violence-related offences. This means that if an assault involves a woman then it will be considered aggravating.

Section 18 of the Crimes Act 1958 (Vic) sets out the maximum penalty, being five years imprisonment. The offence of Recklessly Causing Injury requires the following to be proven beyond reasonable doubt:

Unlawful Assault carries a maximum of three months imprisonment and is set out under s23 of the Summary Offences Act 1966 (Vic). The offence is proven where:

The charge of Unlawful Assault with an Instrument is governed by the same section, however the use of an instrument is considered an aggravating factor. As a consequence, it brings the offender closer to the maximum sentence. See section 24 of the Summary offences Act. For a greater discussion on assaults see here.

Our client was a 55-year-old male. The offences for which he was charged involved physically assaulting his wife, specifically, hitting her in the head with a wine bottle and causing a laceration to her head.

Our client was arrested and interviewed in relation to the incident. He made a ‘no comment’ interview.

The Police charged him based on the evidence available, which included pictures of the victim’s injuries, her statement and the statements from witnesses to the incident.

Our client had no history of prior criminal behaviour and had not previously been subjected to police interview.

Our client had just started a new job that required a security clearance, and he could not have kept his job with a criminal record. This effectively left him with two options:

Importantly, our client attended an appointment with one of our solicitors shortly after being charged. This allowed his legal representatives to engage in lengthy and meaningful negotiations prior to court.

It is very difficult in the current climate to convince police prosecutors to recommend a Diversion Order in respect of family violence, particularly in circumstances where injury is alleged.

The solicitor sought to negotiate our client’s charges with the Police Prosecution and put to them the fact that, despite investigating a serious allegation, they were stepping in the way of a family relationship in a way that neither party wanted.

Our solicitor asked that they conduct a Family Violence Case Review and have a further consideration of the matter.

Following this Case Review, and a discussion with the Family Violence Liason Officer, the Prosecution was eventually convinced to recommend the matter for Diversion.

This was a outstanding result for our client as his situation had changed dramatically following professional and strong negotiations with the Police Prosecutor. Our client initially thought that his options were limited given his charges. If we had not successfully argued that Diversion was appropriate, our client expected to receive a Community Corrections Order and a criminal record. Instead, he walked out of court with no record whatsoever. He was very lucky that he chose the right law firm and engaged us early to get him the best possible outcome. 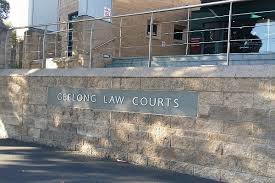 Michael S
Dear Rebeca, Thank you again for your support and guidance over the past six months, it is my belief that Dribbin and Brown went far beyond there charter when...
Russell P
Dear David and Team I would like to “Thank You” for a job well done. The result, from the trial was truly amazing. I very much appreciated your courtesy, professionalism...
Sam B
Thank you for your outstanding service.... A great result for us...
Adrian W
A big thank you Dave. You made it seamless. You are a quality egg and hopefully I'll see you again under different circumstances. All the best!
Maria
Many thanks for the wonderful support I received from David Dribbin as he represented me in court today. It was an extremely emotional experience for me and without judgement...
Haley M
We cannot thank you enough, it still doesn't feel real to us yet as it has caused a lot of strain and stress over a very long period of...
Grant B
I phoned Michael Brown of Dribbin and Brown after total disappointment in another criminal lawyer firm... In my situation that required communication, information and a great deal of understanding,...
Helen and Lingbo Yang
Thank you for your support and help of Lingbo’s case for these days and everything is going smoothly. The outcome is better than we expected because of your rich...
Ross M
Dear Dave, Just a follow up thanks for your professional service & presentation yesterday – very happy with the outcome and the comments from the Magistrate. Thanks again, and...
Yvonne and Peter Braithwaite
Thanks for your excellent work for Yvonne last Friday. Your courtesy, empathy and professionalism was greatly appreciated. All the best for the future.
…
Mike! Jacqui was great! Re my drive whist suspended charge, I held my license with a small fine to be payed in 4 months! Can't thank you enough! Thanks for...