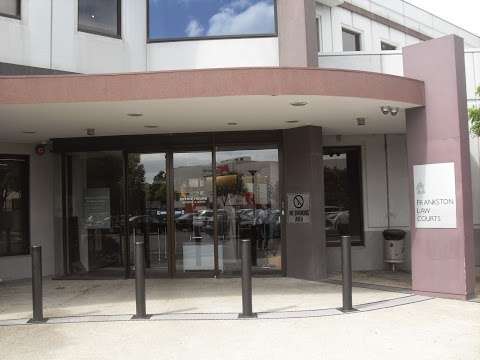 The complainant had reported to police that our client had hit her and spat at her following an argument. Police attended and served our client with a varied intervention order, which excluded him from the property and prohibited any contact between the parties. Our client stated that there had been an argument and that he went to the bedroom to remove himself from the situation and to prevent the argument from escalating. He further stated that police arrived when he was sitting on the bed. He denied physically assaulting the complainant in any way.

Our client was rendered homeless as a result of the alleged incident. When the matter returned to court, the complainant advised police that she did not wish to proceed with the charges. Her doctor had provided her with a letter advising that she was not taking her medication at the time of the incident and that she had a propensity to lie when she was not taking her medication properly. This letter was also disclosed to our client. The complainant was not supportive of any variation to the intervention order and wanted our client to be able to return home.

Our office summary case conferenced the matter and argued that the complainant’s credibility was questionable given the diagnoses from her doctor. Furthermore, there was no corroborating evidence of the alleged incident, as it had occurred within the home of the parties and no one else was present. The Prosecution declined our request that they withdraw the charges and wanted the matter to be adjourned to a contest mention instead.

The matter was called in court where the magistrate heard that the police would be withdrawing their application to vary the intervention order but wished to proceed with the charges. Both our client and the complainant were present in court during this discussion with the magistrate. The complainant spoke from the body of the court and advised the magistrate that she did not wish to proceed with the charges and advised him of the contents of the letter from the doctor. Taking this into account, His Honour determined that the matter should proceed directly to contest rather than a contest mention, as no further information would be rendered to the court and therefore a contest mention would simply be delaying the proceedings.

Our office continued to discuss the matter with Prosecution prior to the contest date. Ultimately, the Prosecution chose to withdraw the charges against our client after considering the evidence available to the court.

Our client and the complainant were grateful that the matter resolved as they were able to move forward with their lives together, without the burden of having to participate in a contested hearing.

Ross M
Dear Dave, Just a follow up thanks for your professional service & presentation yesterday – very happy with the outcome and the comments from the Magistrate. Thanks again, and...
Russell P
Dear David and Team I would like to “Thank You” for a job well done. The result, from the trial was truly amazing. I very much appreciated your courtesy, professionalism...
Haley M
We cannot thank you enough, it still doesn't feel real to us yet as it has caused a lot of strain and stress over a very long period of...
Yvonne and Peter Braithwaite
Thanks for your excellent work for Yvonne last Friday. Your courtesy, empathy and professionalism was greatly appreciated. All the best for the future.
Maria
Many thanks for the wonderful support I received from David Dribbin as he represented me in court today. It was an extremely emotional experience for me and without judgement...
Grant B
I phoned Michael Brown of Dribbin and Brown after total disappointment in another criminal lawyer firm... In my situation that required communication, information and a great deal of understanding,...
Adrian W
A big thank you Dave. You made it seamless. You are a quality egg and hopefully I'll see you again under different circumstances. All the best!
Michael S
Dear Rebeca, Thank you again for your support and guidance over the past six months, it is my belief that Dribbin and Brown went far beyond there charter when...
Sam B
Thank you for your outstanding service.... A great result for us...
Helen and Lingbo Yang
Thank you for your support and help of Lingbo’s case for these days and everything is going smoothly. The outcome is better than we expected because of your rich...
…
Mike! Jacqui was great! Re my drive whist suspended charge, I held my license with a small fine to be payed in 4 months! Can't thank you enough! Thanks for...