What does no conviction mean? 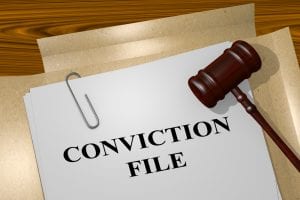 Many clients in the past have often been confused about the difference between a conviction and a non-conviction in Victoria. That is because previously if you had been to court and pleaded guilty and no conviction was recorded, it was still the case that you would still have a criminal record, just without a conviction being recorded.

How to get no conviction, on a plea of guilty

Engage one of our experienced criminal lawyers to prepare a detailed submission to the court, ensuring that the principles set out in section 8 of the Sentencing Act 1991 are properly considered;

What does it mean to have no conviction recorded?

In Victoria no conviction recorded means that a magistrate or judge has considered submissions made per section 8 of the Sentencing Act and been persuaded not to record a conviction.

A sentence made without conviction is a good result. If the spent conviction legislation does not apply, it means that if that same person is later asked if they have ever been convicted of an offence (e.g. by an employer or on a visa application), they can answer ‘no’.

If no conviction is recorded and the spent conviction legislation does apply, that is the matter does not relate to a ‘serious violence offence‘ or a ‘sexual offence‘ then the conviction will be ‘spent’ and not disclosable on a record check generally, and an employer will not be able to ask about it (although it should be noted there are some exceptions).

Usually, a non-conviction is available for offences on the lower end of the scale and to offenders who have either none or a small amount prior criminal history, but it should be noted that on a well-prepared plea, anything is possible.

A conviction will usually be handed down if the offending is very serious, but it should be noted there are cases as serious as armed robbery that have received a non-conviction disposition.

In practice, depending on the age of the conviction, it is unlikely (but not impossible) that an offender will receive a non-conviction if they have previously been convicted of an offence.

Whether a sentence is made with or without conviction, the offender will still have a criminal record, unless the sentence satisfied the requirements of the ‘spent conviction’ legislation. This is because a finding of guilt has been made against the offender.

For a non-conviction where the spent conviction legislation does not apply, a police record check will still show that the offender was found guilty of the particular offence but that it was made without conviction.

Circumstances where it is open to the Court to not impose a conviction;

If you have to attend Court, don’t go it alone. Whether you are convicted or not could actually change your life in terms of your employment prospects and your ability to travel. Contact our office and consult with one of our experienced criminal lawyers so the very best submission can be put forward in relation to your matter.

Click here for further information on how to avoid a criminal record or call one of our offices located a the top of the page under “office locations”.

Ross M
Dear Dave, Just a follow up thanks for your professional service & presentation yesterday – very happy with the outcome and the comments from the Magistrate. Thanks again, and...
Russell P
Dear David and Team I would like to “Thank You” for a job well done. The result, from the trial was truly amazing. I very much appreciated your courtesy, professionalism...
Michael S
Dear Rebeca, Thank you again for your support and guidance over the past six months, it is my belief that Dribbin and Brown went far beyond there charter when...
Helen and Lingbo Yang
Thank you for your support and help of Lingbo’s case for these days and everything is going smoothly. The outcome is better than we expected because of your rich...
Yvonne and Peter Braithwaite
Thanks for your excellent work for Yvonne last Friday. Your courtesy, empathy and professionalism was greatly appreciated. All the best for the future.
…
Mike! Jacqui was great! Re my drive whist suspended charge, I held my license with a small fine to be payed in 4 months! Can't thank you enough! Thanks for...
Maria
Many thanks for the wonderful support I received from David Dribbin as he represented me in court today. It was an extremely emotional experience for me and without judgement...
Haley M
We cannot thank you enough, it still doesn't feel real to us yet as it has caused a lot of strain and stress over a very long period of...
Sam B
Thank you for your outstanding service.... A great result for us...
Grant B
I phoned Michael Brown of Dribbin and Brown after total disappointment in another criminal lawyer firm... In my situation that required communication, information and a great deal of understanding,...
Adrian W
A big thank you Dave. You made it seamless. You are a quality egg and hopefully I'll see you again under different circumstances. All the best!