A tenant at one of the neighbouring businesses had been running their business in a way that was in breach of the body corporate rules, and breach action was being undertaken and handled by the third party professional who managed the body corporate.

Unfortunately, the neighbouring tenant was upset by this action. In response, he took out applications for Personal Safety Intervention Orders against both our clients, as they were on the board of the body corporate.

The applications contained a number of allegations, but mostly related to complaints made by our clients about his business. This really amounted to an abuse of process, but unfortunately this is not an uncommon story. 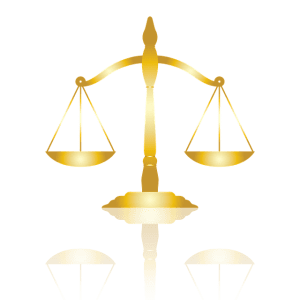 Due to the close confines of their working situation and the fact that there would have to be an ongoing relationship of some sort, we first attempted to have the parties go through mediation. However, the Applicant made it clear that no negotiated resolution was going to be reached, as he wanted to negotiate the breach proceedings over which our clients had no control.

As a result, when the matter returned to Court, application was made under Rule 6.02 of the Magistrates’ Court (Personal Safety Intervention Order Rules) 2011 to have the application struck out as “scandalous, frivolous or vexatious” and/or “otherwise an abuse of the process of the Court”.

We submitted that the application was an abuse of process, as it was in response to the breach proceedings and was designed to try and use these applications as leverage.

Furthermore, we argued that the application was frivolous, as it had no reasonable prospect of success. There was nothing alleged to have occurred that could actually constitute ‘prohibited behaviour’ as defined in the Personal Safety Intervention Order Act 2011. This is because the Applicant’s allegations related mostly to our clients complaining of his illicit activity.

The Applicant tried to rely on additional allegations not put in his original application, however thanks to quick thinking we demonstrated that these allegations were also frivolous and could not hope to be proved in Court.

In then end the Magistrate was persuaded by our extensive submissions, and found that the Applicant’s case taken at its highest could not substantiate any grounds of prohibited behaviour and would not justify the making of an order. It was found that the application was frivolous, given there was no way for the application to succeed.

This was an excellent result given our clients would have had to spend significant time and money in contesting the order, or be faced with the prospect of consenting to one. If an order was put in place it would have put them at risk of allegations of breach that could lead to criminal charges.

This result was one born of creative thinking and quick problem solving to identify what needed to be demonstrated to the Court to get the desired outcome. It required extensive preparation of persuasive submissions on the relevant law as to why the application should be struck out. This case highlights why hiring a lawyer in these situations can save you time, money and stress. Talk to our skilled Intervention Order Lawyers today!

Maria
Many thanks for the wonderful support I received from David Dribbin as he represented me in court today. It was an extremely emotional experience for me and without judgement...
Grant B
I phoned Michael Brown of Dribbin and Brown after total disappointment in another criminal lawyer firm... In my situation that required communication, information and a great deal of understanding,...
Helen and Lingbo Yang
Thank you for your support and help of Lingbo’s case for these days and everything is going smoothly. The outcome is better than we expected because of your rich...
…
Mike! Jacqui was great! Re my drive whist suspended charge, I held my license with a small fine to be payed in 4 months! Can't thank you enough! Thanks for...
Sam B
Thank you for your outstanding service.... A great result for us...
Michael S
Dear Rebeca, Thank you again for your support and guidance over the past six months, it is my belief that Dribbin and Brown went far beyond there charter when...
Adrian W
A big thank you Dave. You made it seamless. You are a quality egg and hopefully I'll see you again under different circumstances. All the best!
Haley M
We cannot thank you enough, it still doesn't feel real to us yet as it has caused a lot of strain and stress over a very long period of...
Yvonne and Peter Braithwaite
Thanks for your excellent work for Yvonne last Friday. Your courtesy, empathy and professionalism was greatly appreciated. All the best for the future.
Ross M
Dear Dave, Just a follow up thanks for your professional service & presentation yesterday – very happy with the outcome and the comments from the Magistrate. Thanks again, and...
Russell P
Dear David and Team I would like to “Thank You” for a job well done. The result, from the trial was truly amazing. I very much appreciated your courtesy, professionalism...