Traffic Lawyers Melbourne “Traffic Law Experts” Dribbin & Brown are the local traffic lawyers you need to contact if you have been charged with a traffic offence.

The offences you may have been charged with might not seem like such a big deal. Charges such as careless driving, loss of traction, driving with a suspended licence or making unnecessary noise and smoke may seem like minor things you can deal with, without the expense of a lawyer. But consider that these offences all require a magistrate to consider discretionary licence loss on a plea of guilty and what if you lose your licence or even worse, what if you have a defence but plead guilty because you didn’t get the right advice?

Dribbin & Brown Traffic Lawyers Melbourne are practiced in dealing with drink and drug driving related offences. They have experience with defending people charged with not only drink driving or drug driving, but also related charges such as refusing a preliminary drug test, consuming intoxicating liquor while driving or refusing to comply with a request for tests for alcohol or drugs. Click on the link to see a specialist page in relation to drink driving and drug driving. 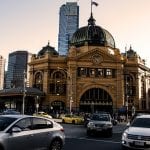 Look to the right side bar for separate links to many common driving charges heard in both the magistrates court and county courts.

Dribbin and Brown Traffic Lawyers may be able to help you with:

The lawyers at Dribbin & Brown Traffic Lawyers understand how stressful it is dealing with traffic offences. Right from the beginning, being arrested or summonsed and charged with a traffic offence can really affect you and your family. Losing your licence can mean losing your job. Once your income is gone you might not be able to pay a mortgage or rent, which could leave your family in an insecure living situation.

If you are facing a custodial sentence then you know have more than just money at risk. Being incarcerated is detrimental to relationships. Can your family cope if you are away from them and they are facing not only the loss of your income, but the loss of their home?

You need to speak to a lawyer who can help you take that all important next step. You need someone who can explain the process in language that makes sense. Our lawyers at Dribbin & Brown Traffic Lawyers are not here to make things more confusing – we want to work with you to get the best possible result.

Dribbin & Brown Traffic Lawyers are the best choice for you. Our lawyers are in court every day and they know the procedure. They have the experience and dedication it takes to achieve the best possible result in the courtroom.

Call Dribbin & Brown Traffic Lawyers to make an appointment to see a solicitor who can help you get back in the driver’s seat of your future.

s60 Failing to Nominate the Driver of a Motor Vehicle

s61 Failing in the Duty of Driver etc. of Motor Vehicle if Accident Occurs

s65A Improper Use of a Motor Vehicle

s319AA Dangerous or Negligent Driving Whilst Being Pursued by Police

Helen and Lingbo Yang
Thank you for your support and help of Lingbo’s case for these days and everything is going smoothly. The outcome is better than we expected because of your rich...
Adrian W
A big thank you Dave. You made it seamless. You are a quality egg and hopefully I'll see you again under different circumstances. All the best!
Ross M
Dear Dave, Just a follow up thanks for your professional service & presentation yesterday – very happy with the outcome and the comments from the Magistrate. Thanks again, and...
Michael S
Dear Rebeca, Thank you again for your support and guidance over the past six months, it is my belief that Dribbin and Brown went far beyond there charter when...
Maria
Many thanks for the wonderful support I received from David Dribbin as he represented me in court today. It was an extremely emotional experience for me and without judgement...
Russell P
Dear David and Team I would like to “Thank You” for a job well done. The result, from the trial was truly amazing. I very much appreciated your courtesy, professionalism...
Haley M
We cannot thank you enough, it still doesn't feel real to us yet as it has caused a lot of strain and stress over a very long period of...
Sam B
Thank you for your outstanding service.... A great result for us...
…
Mike! Jacqui was great! Re my drive whist suspended charge, I held my license with a small fine to be payed in 4 months! Can't thank you enough! Thanks for...
Grant B
I phoned Michael Brown of Dribbin and Brown after total disappointment in another criminal lawyer firm... In my situation that required communication, information and a great deal of understanding,...
Yvonne and Peter Braithwaite
Thanks for your excellent work for Yvonne last Friday. Your courtesy, empathy and professionalism was greatly appreciated. All the best for the future.