The client holds a Victoria Probationary (P1) driver’s license. At 3:30 am, the police intercepted the client’s car travelling at 105 kilometres per hour (km/h) on Nepean Highway, where the speed limit is 70 km/h.

During the intercept, it was observed that our client had three passengers in his vehicle. One was a female who was sitting in the foot well between the legs of the front passenger.

A preliminary breath test was conducted, which confirmed that our client had alcohol in his system. As a result of this our client accompanied the police back to Mornington Police Station for the purpose of a breath test. Following the breath test, our client was found to have 0.155 grams of alcohol per 210 litres of breath.

When questioned by the police, our client made admissions as to the charges and stated that he had no reason for the offending. 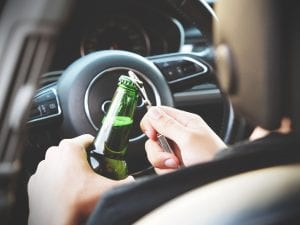 On the day of the case conference at Frankston Magistrates’ Court it was agreed that the matter would proceed by way of a guilty plea to Charges 2-5, as Charge 1 was an alternative to Charge 2. The plea then proceeded on the above arrangement.

On Charge 2, His Honour sentenced our client to the mandatory minimum loss of license, being 15 months. His Honour backdated the 15-month loss of licence to the date that the section 51 notice was given to our client, which was six months earlier.

His Honour was informed that there were VicRoad penalties associated with the charges, and that our client would incur a further four months’ loss of license in addition to the period imposed by the Magistrate, due to the demerit points associated with each of the charges. VicRoads suspensions cannot be imposed concurrently with Court-imposed suspensions, which was an important point when his Honour was considering whether our client should exceed the minimum period of time off the road.

Many lawyers do not understand that demerit points also accrue with certain offences that proceed at Court. By failing to highlight these issues to the Magistrate, any lawyer appearing would be doing their client a disservice at court.

Importantly, at Dribbin & Brown these finer points are drilled into our lawyers. We believe that all our cases deserve the same precise attention to detail, driving matters included. Any extra time our clients do off the road is time that is often costing them in a multitude of ways.

It was our client’s first court appearance for driving charges and he was sentenced to a financial penalty of $1,200 without conviction. The client was obviously ecstatic with the outcome and immediately left an extremely positive Google review for the criminal defence lawyer that appeared for him.

Ross M
Dear Dave, Just a follow up thanks for your professional service & presentation yesterday – very happy with the outcome and the comments from the Magistrate. Thanks again, and...
Adrian W
A big thank you Dave. You made it seamless. You are a quality egg and hopefully I'll see you again under different circumstances. All the best!
Helen and Lingbo Yang
Thank you for your support and help of Lingbo’s case for these days and everything is going smoothly. The outcome is better than we expected because of your rich...
Russell P
Dear David and Team I would like to “Thank You” for a job well done. The result, from the trial was truly amazing. I very much appreciated your courtesy, professionalism...
Michael S
Dear Rebeca, Thank you again for your support and guidance over the past six months, it is my belief that Dribbin and Brown went far beyond there charter when...
Maria
Many thanks for the wonderful support I received from David Dribbin as he represented me in court today. It was an extremely emotional experience for me and without judgement...
Sam B
Thank you for your outstanding service.... A great result for us...
…
Mike! Jacqui was great! Re my drive whist suspended charge, I held my license with a small fine to be payed in 4 months! Can't thank you enough! Thanks for...
Yvonne and Peter Braithwaite
Thanks for your excellent work for Yvonne last Friday. Your courtesy, empathy and professionalism was greatly appreciated. All the best for the future.
Haley M
We cannot thank you enough, it still doesn't feel real to us yet as it has caused a lot of strain and stress over a very long period of...
Grant B
I phoned Michael Brown of Dribbin and Brown after total disappointment in another criminal lawyer firm... In my situation that required communication, information and a great deal of understanding,...