Drugs have been a focal point in law enforcement for decades and the presence of particular drugs, including ICE and other amphetamines, are an ongoing issue in society. As a result, penalties are often harsh for those who are found to have been selling drugs or making drugs available to others.

Section 71AC of the Drugs, Poisons and Controlled Substances Act 1981 (Vic) sets out the maximum penalty, being 15 years imprisonment. The offence requires that the following be proven beyond reasonable doubt:

Our client was a 23-year-old male at the time of the offence. The offences for which he was charged involved drugs that he and his friend had hidden on their person as they attempted to enter a nightclub.

Our client was arrested and searched outside of the club. Police found drugs on him. He was subsequently interviewed, where he made admissions to having the drugs on him and that he intended to make them available to his friends inside the nightclub. Police tried to make out that our client and his friend were acting as a partnership, but importantly our client stated he did not know about the drugs his friend had on him.

The police charged him based on the evidence available, which included the drugs he had on him, statements from witnesses who saw the two men together and the contents of our client’s admissions in interview. The fact that our client denied any knowledge of his friend’s drugs and had not indicated by way of statement that they were acting together, meant police could not charge him on the basis he and his friend were acting in concert, even though they both had drugs on them. 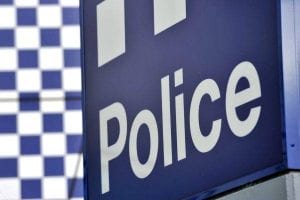 Our client had no history of prior criminal behaviour and had not previously been subjected to police interview. He could have said ‘no comment’ throughout the whole interview (which is his right in Victoria, and usually recommended in drug trafficking cases), but in this rare situation he did himself a favour by making a ‘comment interview’.

Our client attended the court in relation to the charges with one of our firm’s solicitors.

The solicitor sought to negotiate our client’s charges with the Police Prosecution and managed to remove the possession charge on the basis of a plea to the more serious charge of trafficking.

Our solicitor argued that the possession was part of the trafficking and that charging him with both possession and trafficking was ‘double dipping’.

A plea of guilty was entered to the remaining charge. Our client’s case was considered by a magistrate and it was highlighted by our solicitor that our client had been forthright and honest in interview. He was also pleading guilty at an early stage and was making every effort to own up to wrongdoing immediately, in full knowledge that he would inevitably be punished. He was a young man of good character, with no prior history, and a serious penalty would serve no purpose as he already knew what he had done was wrong.

In the end, the magistrate agreed and was persuaded to impose a $1 200.00 fine without conviction as punishment.

This was a fantastic result for our client as he was young man with a limited work history and little job security. A fine allowed him to put the matter behind him and continue on with his life. If a more serious penalty had been imposed it would only have interfered with his work and potentially put him in a worse situation. It is very rare to receive a lesser penalty than gaol time or a Community Corrections Order in relation to drug trafficking so the client was very happy.

Adrian W
A big thank you Dave. You made it seamless. You are a quality egg and hopefully I'll see you again under different circumstances. All the best!
Sam B
Thank you for your outstanding service.... A great result for us...
Maria
Many thanks for the wonderful support I received from David Dribbin as he represented me in court today. It was an extremely emotional experience for me and without judgement...
Michael S
Dear Rebeca, Thank you again for your support and guidance over the past six months, it is my belief that Dribbin and Brown went far beyond there charter when...
Yvonne and Peter Braithwaite
Thanks for your excellent work for Yvonne last Friday. Your courtesy, empathy and professionalism was greatly appreciated. All the best for the future.
Russell P
Dear David and Team I would like to “Thank You” for a job well done. The result, from the trial was truly amazing. I very much appreciated your courtesy, professionalism...
Helen and Lingbo Yang
Thank you for your support and help of Lingbo’s case for these days and everything is going smoothly. The outcome is better than we expected because of your rich...
Haley M
We cannot thank you enough, it still doesn't feel real to us yet as it has caused a lot of strain and stress over a very long period of...
Ross M
Dear Dave, Just a follow up thanks for your professional service & presentation yesterday – very happy with the outcome and the comments from the Magistrate. Thanks again, and...
Grant B
I phoned Michael Brown of Dribbin and Brown after total disappointment in another criminal lawyer firm... In my situation that required communication, information and a great deal of understanding,...
…
Mike! Jacqui was great! Re my drive whist suspended charge, I held my license with a small fine to be payed in 4 months! Can't thank you enough! Thanks for...