The client attended our Ringwood office to consult with one of our Ringwood Drink Driving Lawyers. Our client was in Melbourne in 2002 when he was picked up by police drink driving and driving whilst disqualified. He provided police with his address, however the police took a number of months to serve him with papers. By this time the client had relocated to Tasmania, so the papers did not get to him. Unbeknownst to him, a bench warrant was issued when he didn’t answer the summons at court, which he also never received..

Fourteen years later our client returned to Victoria, at which time he was intercepted by police due to the outstanding warrant. He was bailed to appear at the Ringwood Magistrates’ Court. The client then attended our office, at which point we requested a brief of evidence from police.
The first thing that we did was look at the charges to see if they had been properly initiated. At first glance, it looked as if they had: there was a summons date, the charges were signed by an informant and had been authorised by a sergeant. However, there was no signature from the registrar. Police can initiate a summons but they must file the charges with the registrar within 14 days.
Not seeing a date and signature from a registrar to signify receipt of the charges raised concerns.

We obtained the old legislation that stated that police must file charges within 14 days of issuing a summons (The law changed slightly in 2010 with the introduction of the Criminal Procedure Act).

We attended Ringwood Magistrates’ Court to conduct a case conference and to enquire of both the Police Prosecutor and the Court Coordinator whether the court had on their file charges that had been properly initiated. 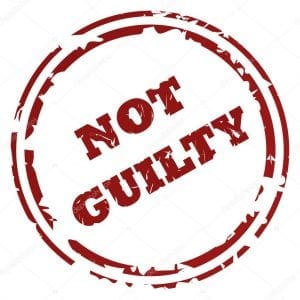 They did not. Following further discussions with the prosecutor, the matter was adjourned to allow time for the Prosecution to produce charges that had been properly authorised.

They could not do this, and on the following court appearance the charges were withdrawn. It was not possible for the charges to be relisted, as all summary charges must be filed within 12 months of the date of the offence.

This client was extremely lucky. It is unusual that clients charged with drink driving avoid any penalty at all, but this is why it is so important to always see a lawyer before pleading guilty to any charge. There are avenues that need to be considered in every case, including whether the charges are valid.

…
Mike! Jacqui was great! Re my drive whist suspended charge, I held my license with a small fine to be payed in 4 months! Can't thank you enough! Thanks for...
Helen and Lingbo Yang
Thank you for your support and help of Lingbo’s case for these days and everything is going smoothly. The outcome is better than we expected because of your rich...
Haley M
We cannot thank you enough, it still doesn't feel real to us yet as it has caused a lot of strain and stress over a very long period of...
Sam B
Thank you for your outstanding service.... A great result for us...
Grant B
I phoned Michael Brown of Dribbin and Brown after total disappointment in another criminal lawyer firm... In my situation that required communication, information and a great deal of understanding,...
Maria
Many thanks for the wonderful support I received from David Dribbin as he represented me in court today. It was an extremely emotional experience for me and without judgement...
Michael S
Dear Rebeca, Thank you again for your support and guidance over the past six months, it is my belief that Dribbin and Brown went far beyond there charter when...
Adrian W
A big thank you Dave. You made it seamless. You are a quality egg and hopefully I'll see you again under different circumstances. All the best!
Ross M
Dear Dave, Just a follow up thanks for your professional service & presentation yesterday – very happy with the outcome and the comments from the Magistrate. Thanks again, and...
Yvonne and Peter Braithwaite
Thanks for your excellent work for Yvonne last Friday. Your courtesy, empathy and professionalism was greatly appreciated. All the best for the future.
Russell P
Dear David and Team I would like to “Thank You” for a job well done. The result, from the trial was truly amazing. I very much appreciated your courtesy, professionalism...