The client was charged with Conduct Endangering Life, Intentionally Causing Injury, Using a Firearm Whilst Being a Prohibited Person, in a Public Place; and on a later date, the client was charged with Trafficking a Drug of Dependence – methamphetamine, and at the same time Possession of a Firearm, Dealing with Proceeds of Crime, and Possession of a Traffickable Quantity of Methylamphetamine.

It was alleged that our client had an argument with an associate in Crown casino, then followed him out into the street and fired four shots at him, one of which hit the victim in the foot. The victim then walked away. He did not seek immediate hospital treatment and refused to make a statement to police. A week later, our client was placed under arrest. Police found on him a handgun (not the one used in the earlier shooting), a large amount of cash suspected of being the proceeds of crime and 6.3 grams of methylamphetamine.

There is relatively clear CCTV footage from inside the casino, some poor quality footage from street cameras (but not of the shooting itself), and some clear footage sufficient to put our client inside a building in close proximity to the shooting scene shortly after the shooting. There were a dozen civilian witnesses who apparently saw or heard something when the shooting took place, however their accounts contained largely competing descriptions of what the shooter looked like, and therefore were overall unhelpful to the prosecution case. The gun was never located.

In relation to the possession charges on the later date, all items were found inside a backpack worn by our client at the time. In relation to the trafficking charge, although the drugs found was a traffickable quantity, the Prosecution otherwise sought to rely on mostly circumstantial evidence to support their case on this charge.

The allegations were obviously very serious. The Prosecution at first tried to upgrade the head charge to attempted murder on the basis that our client shot at someone four times in relative close proximity; we strongly opposed this because the evidence, on our view, simply did not support a murderous intent. Having looked very closely at the crime scene photos, we discovered that all four bullet holes were some 15 to 30 cms above ground, essentially indicating that all four shots were aimed at below knee level. To verify this, we travelled out to the crime scene with a measuring device and took our own photos of the bullet holes. 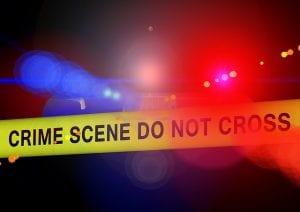 This was a worthwhile exercise, because we were then able present those photos to the informant and prosecutor on the return date and convincingly argue that our client, if he was the shooter, did not intend to do more than simply scare the victim by firing at the ground, or below the knees. The Prosecution was then content to allow the matter to stay in the summary jurisdiction and ultimately we were able to convince them to withdraw the charge of Conduct Endangering Life, and proceed with the alternative charge of Conduct Endangering Serious Injury. This was a significant win for our client, which we achieved through the ‘leave-no-stone-unturned’ approach we employ for all our matters.

The other significant charge was one of trafficking methylamphetamine, which we successfully persuaded the Prosecution to withdraw before the contest. We contended that whilst our client was found with 6.3 grams, being a traffickable quantity according to Schedule 11 of the Drugs, Poisons and Controlled Substances Act, none of the usual accoutrements of trafficking were found in his possession or after a search of his apartment. We argued that our client was not found with multiple mobile phones, scales, or tick sheets, as were usually found in cases of trafficking, and the police also did not have any surveillance or telephone intercepts. We said that the drugs found on our client were therefore more consistent with personal use. This was another significant win for our client, which we were able to achieve by case conferencing with a thorough understanding of the materials.

This was a strong Prosecution case in relation to the shooting incident, given the series of CCTV footage tracing our client from inside the casino to the streets outside and then to a building nearby after the shooting. Whilst some of the footage was of poor quality, the evidence did place our client near the scene shortly before and after the shooting. Our client would be taking a real risk in running a contest, noting the seriousness of the charges. Our client ultimately agreed to make an offer to resolve before the three-day contested hearing, at which point we commenced a week-long case conference that eventually saw the matter resolve to charges as follows: Conduct Endangering Serious Injury, Recklessly Cause Injury, Prohibited Person Use Firearm as well as the various ‘possession only’ charges at the later date.

The client was happy with this resolution and we proceeded to brief very experienced counsel for the plea to ensure the best result for the client given the seriousness of the matter. The client ended up doing a lot less jail time than he would have if he had pleaded to the original set of charges, minus the alternatives.

This case shows the value and importance of thorough preparation and effective case conferencing, which can only be achieved by having a hard working and experienced criminal lawyer involved at an early stage.

Burglary with Intent to Assault

Helen and Lingbo Yang
Thank you for your support and help of Lingbo’s case for these days and everything is going smoothly. The outcome is better than we expected because of your rich...
…
Mike! Jacqui was great! Re my drive whist suspended charge, I held my license with a small fine to be payed in 4 months! Can't thank you enough! Thanks for...
Haley M
We cannot thank you enough, it still doesn't feel real to us yet as it has caused a lot of strain and stress over a very long period of...
Michael S
Dear Rebeca, Thank you again for your support and guidance over the past six months, it is my belief that Dribbin and Brown went far beyond there charter when...
Maria
Many thanks for the wonderful support I received from David Dribbin as he represented me in court today. It was an extremely emotional experience for me and without judgement...
Sam B
Thank you for your outstanding service.... A great result for us...
Adrian W
A big thank you Dave. You made it seamless. You are a quality egg and hopefully I'll see you again under different circumstances. All the best!
Yvonne and Peter Braithwaite
Thanks for your excellent work for Yvonne last Friday. Your courtesy, empathy and professionalism was greatly appreciated. All the best for the future.
Ross M
Dear Dave, Just a follow up thanks for your professional service & presentation yesterday – very happy with the outcome and the comments from the Magistrate. Thanks again, and...
Grant B
I phoned Michael Brown of Dribbin and Brown after total disappointment in another criminal lawyer firm... In my situation that required communication, information and a great deal of understanding,...
Russell P
Dear David and Team I would like to “Thank You” for a job well done. The result, from the trial was truly amazing. I very much appreciated your courtesy, professionalism...