What is Digital Penetration?

Sex Offences – Have you been charged or interviewed in relation to a sexual offence, sexual assault or indecent assault ?

If so, you need to speak to a sex offences lawyer who:

At the criminal law firm of Dribbin & Brown we only deal with crime & traffic law, and a significant portion of our practice relates to representing people charged with sex offences including sexual assault, indecent assault and rape, amongst others.

We have offices in Melbourne, Ringwood, Dandenong, Frankston, Moorabbin, Geelong & Ballarat. We regularly appear at the Magistrates’, County and Supreme Courts in all these localities.

The laws of evidence relating to the prosecution of sexual offences are very complicated and in many circumstances time limits apply. Matters will often move quickly through the Court system.

The filing hearings and committal mentions are usually conducted in the Melbourne Magistrates Court in a special list convened to handle sex offence cases only. These matters will usually be heard on a Friday. No other offence is handled in this way.

If you have been charged with a sexual offence it is vital that you obtain legal advice as soon as possible. We understand that these matters are embarrassing and often very personal in nature, but more than any other criminal offence it is important to seek advice early from a solicitor who regularly represents clients charged with sex offences. 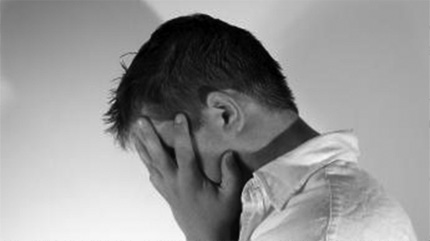 Sex offences –  I’ve been charged should I co-operate in my record of interview?

We have defended hundreds of cases involving sex offences. If police want to interview you regarding a sexual offence it is critical that you seek legal advice prior to participating in the record of interview.

Considering whether to make comment on your record of interview is not something that you should work out on your own. There are serious repercussions stemming from how you approach your interview. This choice should only be made after seeking advice from a practitioner who specialises in defending sex charges.

The things you say during your interview can be used against you in court, and what you put on the record could be the difference between being found guilty or not guilty.

Remember, the police in this instance are not your friends. They have a job to do, and nine times out of ten they will charge you regardless of what you say on your record of interview.

Here are some published County Court decisions in relation to serious sexual offending (please be aware these relate to guilty pleas only and do include not guilty verdicts which are not published by the Courts, it should be noted we have won hundreds of sex offence trials in the County Court).

If you have been charged or are due to be interviewed in relation to a sex offence and need advice or representation, please contact us immediately. You should meet with one of our experienced sex offence lawyers in Melbourne or one of our various office locations in the South East to discuss your case. For more information in relation to the sex offence trial process please click here.

Scroll to the bottom of this page to see our various office locations and contact numbers.

Changes to the Prosecution of Child Pornography Offences

Rape Offences are regulated by the Crimes Act 1958

s49N Loitering near schools etc by a sexual offender

s49Q Causing or allowing a sexual performance involving a child

s49R Inviting or offering a sexual performance involving a child

s49S Facilitating a sexual offence against a child

s51B Involving A Child In The Production Of Child Abuse Material

s56 Abduction of Child Under the Age of 16 (Repealed)

s67 Concealing the Birth of a Child

...
Mike! Jacqui was great! Re my drive whist suspended charge, I held my license with a small fine to be payed in 4 months! Can't thank you enough! Thanks for...
Yvonne and Peter Braithwaite
Thanks for your excellent work for Yvonne last Friday. Your courtesy, empathy and professionalism was greatly appreciated. All the best for the future.
Russell P
Dear David and Team I would like to “Thank You” for a job well done. The result, from the trial was truly amazing. I very much appreciated your courtesy, professionalism...
Maria
Many thanks for the wonderful support I received from David Dribbin as he represented me in court today. It was an extremely emotional experience for me and without judgement...
Haley M
We cannot thank you enough, it still doesn't feel real to us yet as it has caused a lot of strain and stress over a very long period of...
Helen and Lingbo Yang
Thank you for your support and help of Lingbo’s case for these days and everything is going smoothly. The outcome is better than we expected because of your rich...
Ross M
Dear Dave, Just a follow up thanks for your professional service & presentation yesterday – very happy with the outcome and the comments from the Magistrate. Thanks again, and...
Adrian W
A big thank you Dave. You made it seamless. You are a quality egg and hopefully I'll see you again under different circumstances. All the best!
Sam B
Thank you for your outstanding service.... A great result for us...
Grant B
I phoned Michael Brown of Dribbin and Brown after total disappointment in another criminal lawyer firm... In my situation that required communication, information and a great deal of understanding,...
Michael S
Dear Rebeca, Thank you again for your support and guidance over the past six months, it is my belief that Dribbin and Brown went far beyond there charter when...