Our client worked in the medical field. These allegations arose from a complaint from a patient who stated that our client had inappropriately touched their genitals where there was no need.

The complaint was first dealt with internally and was found to be unsubstantiated. However, the patient then made a complaint to police about our client.

Our client came to us before he was to be interviewed by police in relation to the matter. We held a long discussion with him and provided advice on how best to approach the interview. Whilst he was under no obligation to answer any questions, given that the matter was one that would ultimately go to contested hearing, there was no doubt that a good record of interview at the initial stage could go a long way in assisting the client’s case.

The client gave their version of events in the initial interview as advised, which was that he did not remember the particular patient, but what was alleged was part of their normal practice and procedure and required by their employer to be done.

It was not until six months later that our client was actually charged, and he returned to us to deal with the proceedings.

The police had obtained an expert statement from a medical professional in a similar, but not the same, role as our client. The expert opined that what our client had done was improper and not normal procedure. This was the foundation of the prosecution’s case.

At the case conference stage, material regarding the initial complaint to the organisation and the internal investigation was sought. It would be critical to see if the complaints made to the organisation initially and to the police subsequently were consistent. Furthermore, it would also be critical to know why the complaint was found to be unsubstantiated at the internal investigation stage.

Despite some delay in getting this material, it did ultimately come and confirmed what our client was saying all along regarding the requirement to do this sort of procedure and that it was his normal practice. 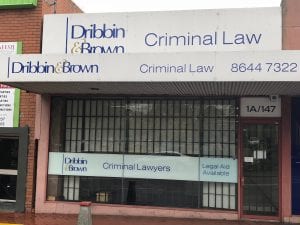 Unfortunately, police did not provide this information to the expert prior to the hearing. Instead they got a new expert, who had the same role as our client, but again only provided them with the bare minimum in material from which to form an opinion.

Thus, on the day of contest an application was made that the experts be allowed to sit in court and hear the evidence of the preceding witness so that they could hear all this new information. Police opposed this course of action, but ultimately the Magistrate agreed it was most appropriate in the circumstances.

The matter then proceeded as a hearing and witnesses were called. One expert did alter their opinion upon hearing the new information, though the other did not.

This was not a case about whether or not the proper procedures were followed to the letter. This was a case of whether or not our client intended to sexually assault the patient and whether they honestly believed that they needed to undertake this procedure as part of their duties.

The prosecution failed to pick up on this point and continued to focus on the fact that it was not proper procedure and far from best practice.

Ultimately, the Magistrate agreed with our argument about our client’s honest belief and subsequently the Magistrate returned a verdict of not guilty. Costs were ordered in favour of the client.

This was a hugely important case for our client as his whole livelihood rested upon the outcome. It was a great result born from extensive hard work from start to finish and it highlights the importance of obtaining specialised legal advice from the outset.

If you have been charged for a sex offence, seek expert legal defence. “Complex Matters Require Expert Defence” call our criminal defence lawyers 03 8644 7320

…
Mike! Jacqui was great! Re my drive whist suspended charge, I held my license with a small fine to be payed in 4 months! Can't thank you enough! Thanks for...
Michael S
Dear Rebeca, Thank you again for your support and guidance over the past six months, it is my belief that Dribbin and Brown went far beyond there charter when...
Sam B
Thank you for your outstanding service.... A great result for us...
Adrian W
A big thank you Dave. You made it seamless. You are a quality egg and hopefully I'll see you again under different circumstances. All the best!
Maria
Many thanks for the wonderful support I received from David Dribbin as he represented me in court today. It was an extremely emotional experience for me and without judgement...
Russell P
Dear David and Team I would like to “Thank You” for a job well done. The result, from the trial was truly amazing. I very much appreciated your courtesy, professionalism...
Haley M
We cannot thank you enough, it still doesn't feel real to us yet as it has caused a lot of strain and stress over a very long period of...
Ross M
Dear Dave, Just a follow up thanks for your professional service & presentation yesterday – very happy with the outcome and the comments from the Magistrate. Thanks again, and...
Grant B
I phoned Michael Brown of Dribbin and Brown after total disappointment in another criminal lawyer firm... In my situation that required communication, information and a great deal of understanding,...
Helen and Lingbo Yang
Thank you for your support and help of Lingbo’s case for these days and everything is going smoothly. The outcome is better than we expected because of your rich...
Yvonne and Peter Braithwaite
Thanks for your excellent work for Yvonne last Friday. Your courtesy, empathy and professionalism was greatly appreciated. All the best for the future.