What are Dog Offences

Dog offences are Council initiated charges that relate to your dog. If you are an owner of a dog, you are deemed to be responsible for anything your dog does. Dog offences usually result in a fine but in more serious cases can lead to a community corrections order or gaol, depending on the nature of the charges laid by Council. The Council or the Courts can also make other orders such as menacing declarations, dangerous dog declarations or in very bad situations a dog destruction order.

Dribbin & Brown Criminal Lawyers regularly represent clients charged with dog-related offences in the Magistrates’ Court. We have offices located in Ballarat, Frankston, Moorabbin, Ringwood, Dandenong, Geelong and Melbourne CBD in close proximity to the local courts in these areas. We routinely appear at these courts to defend clients charged with dog offences.

The various council bodies across Melbourne and the Mornington Peninsula have wide ranging powers to adversely deal with a resident’s dog or cat.

When there has been a dog attack the council will often attempt to persuade the animal’s owner to consent to destroying the animal prior to the prosecution. If unsuccessful, they will either declare the animal to be dangerous or move to have the animal put down.

In these circumstances it is wise that you seek legal advice and retain a lawyer to appear on your behalf to argue your case. The repercussions can be severe, resulting in the family pet being destroyed or a possible gaol sentence being imposed on the owner.

Be aware of increased penalties

Recently the government has moved to increase the penalties in relation to dog attacks, leaving the owners potentially liable to receive a gaol sentence. If you have to attend court in relation to a dog attack, it is not a matter to be taken lightly. You should seek advice from a lawyer.

Under the Domestic Animals Act 1994 there are a number of charges relating to dog offences including: 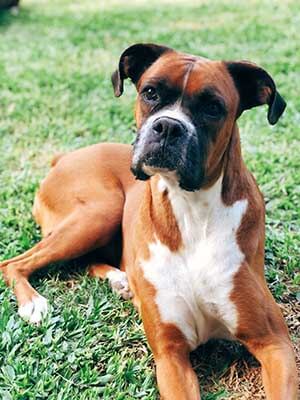 There are other more serious charges contained under the Crimes Act 1958 for offending relating to dogs declared to be dangerous or menacing:

These charges are the most serious offences connected to owning a dog.

If you have been charged with section 319B or 319C of the Crimes Act then you must seek urgent legal advice. If your case is not prepared properly you may face an immediate prison sentence.

Dribbin & Brown has extensive experience handling dog offences. Call us today and have one of our lawyers assist you with your case.

What is a Dangerous Declaration?

A Dangerous Declaration means that in order to keep your dog you must comply with very onerous restrictions that the Council say are in place to protect the community. If the Council decides to declare your dog dangerous you can request an internal review, if that review is unsuccessful you can appeal to VCAT, see below for more about your rights to appeal. If the Council elects to destroy your dog, that matter cannot be reviewed by VCAT and must be referred to the Supreme Court for administrative review. The Council will only make these orders following a finding of guilt in the Magistrates Court. If the Magistrates makes a destruction order, this is a different situation and this decision can be appealed to the County Court. It is confusing so please, if you are facing serious dog offences, it is important that you speak to a lawyer as negotiations can occur with the Council to achieve you a better outcome.

Under section 84 of the Domestic Animals Act 1994 the Court can make various orders including:

The Council has power to declare a dog a ‘Dangerous Dog’.

Section 34 states that the Council may declare a dog to be a dangerous dog in circumstances where:

A dangerous dog declaration occurs under section 34A if the dog is a trained guard dog on a non-residential premises or the dog has been trained to attack.

The Council cannot make a declaration in circumstances where:

It should be noted that any declaration made has effect throughout Victoria.

Under section 35 of the Act, when the council makes a declaration they must notify the owner and allow the owner to respond by way of written and oral submissions.

Under section 37 of the Act a person who owns a dangerous dog has certain obligations. A dog that is declared dangerous must remain in a prescribed enclosure whilst at an owner’s property. A prescribed enclosure is one that complies with the regulations. It is designed to ensure the dog cannot escape and requires an adult to access it.

Under section 39 of the Act a premises that houses a dangerous dog must display the appropriate warning signs and the dog must wear a prescribed collar at all times.

Section 41 indicates that when an owner has a dangerous dog outside the premises the dog must be muzzled and under a person’s control (i.e. fitted with an appropriate leash to allow effective control).

Failure to comply with any of the above requirements may result in multiple charges. As you can see the obligations are significant and can potentially adversely affect the quality of life of the dog. There will certainly be an impact on the interaction between dog and owner.

The Council may declare a dog to be a ‘Menacing Dog’ if a dog has either rushed at or chased another person or has bitten another animal causing an injury, although not a serious injury.

The Council may also declare a dog menacing if a different state with corresponding laws has done so.

If the dog’s owner has been found guilty of section 29(7) or (8) of the Domestic Animals Act 1994 in a Court, the Magistrate may make an order declaring the dog to be menacing.

The Council may not declare a dog as menacing when:

The Council must notify the owners in relation to the declaration under s41B. Under s41C the notice must be served on the person within 7 days of making the declaration.

The owner of the dog has the right to ask the Council to consider further submissions from the owner prior to making a formal declaration.

Under s41D the owner of a dog that has been declared as menacing is obliged to tell the Council if:

Failure to comply with the above may result in charges and fines.

When owners of menacing dogs take the dog outside of the premises where the dog resides, they must do the following:

Under section 98AA of the Domestic Animals Act 1994 you can appeal the following Council decisions to VCAT:

If a declaration is made by a Magistrate then the decision can be appealed to the County Court of Victoria.

Councils have various avenues to authorise the destruction of a dog under section 84 of the Domestic Animals Act 1994.

Section 84TA allows destruction orders to persist when the owner of the dog would be guilty of an offence under section 24 or 26 of the Domestic Animals Act and the registered owner cannot be identified and the authorized officer reasonably believes that the dog would likely offend against section 29 of the Act.

The decision must be made within 24 hours after the seizure and recorded officially. The officer must not destroy the dog until 48 hours have passed following the making of the record.

Under s84TB of the Act an officer can immediately destroy a dog that the officer reasonably believes is behaving in a manner that will result in imminent serious injury or death to a person or other animal.

Under 84TC a dangerous dog found at large can be destroyed if the authorised officer is satisfied that the owner of the dog would be guilty of an offence against section 24 or 26 of the Act. The Council must wait at least 24 hours before the dog is destroyed following the making of the record.

Destruction orders made by a Magistrate can be appealed to the County Court. For this to occur the Council must make the application in Court following a plea of guilty to charges that empower the council to take action in relation to the dog. Council rarely make the application in Court, preferring to rely upon their legislated right to make that decision behind closed doors between council members, following a plea of guilty in the Magistrates’ Court.

It is critical that you engage a law firm which has extensive experience dealing with dog offences. Poor representation or no representation could lead to an outcome that will affect the rest of your life.

s23 Dogs and Cats on Private Property Without Permission

s28 Offence to Set on Dog to Attack

Grant B
I phoned Michael Brown of Dribbin and Brown after total disappointment in another criminal lawyer firm... In my situation that required communication, information and a great deal of understanding,...
…
Mike! Jacqui was great! Re my drive whist suspended charge, I held my license with a small fine to be payed in 4 months! Can't thank you enough! Thanks for...
Michael S
Dear Rebeca, Thank you again for your support and guidance over the past six months, it is my belief that Dribbin and Brown went far beyond there charter when...
Maria
Many thanks for the wonderful support I received from David Dribbin as he represented me in court today. It was an extremely emotional experience for me and without judgement...
Adrian W
A big thank you Dave. You made it seamless. You are a quality egg and hopefully I'll see you again under different circumstances. All the best!
Ross M
Dear Dave, Just a follow up thanks for your professional service & presentation yesterday – very happy with the outcome and the comments from the Magistrate. Thanks again, and...
Sam B
Thank you for your outstanding service.... A great result for us...
Helen and Lingbo Yang
Thank you for your support and help of Lingbo’s case for these days and everything is going smoothly. The outcome is better than we expected because of your rich...
Yvonne and Peter Braithwaite
Thanks for your excellent work for Yvonne last Friday. Your courtesy, empathy and professionalism was greatly appreciated. All the best for the future.
Russell P
Dear David and Team I would like to “Thank You” for a job well done. The result, from the trial was truly amazing. I very much appreciated your courtesy, professionalism...
Haley M
We cannot thank you enough, it still doesn't feel real to us yet as it has caused a lot of strain and stress over a very long period of...